When a lot of people think of Italy they thing of big open fields, beautiful vineyards, and even some fantastic beaches, but what many do not think of is majestic mountain peaks and perfect snow for skiing. This is exactly what you will find in Courmayeur Italy, though, and it can be enjoyed just as much as the rest of Italy, to be sure.

Courmayeur Italy is a popular skiing and snowboarding destination that has much to offer not in spite of its climate, but rather because of it. The quaint little Italian town is characterized by a back drop that consists of the Italian Alps and the magnificent Mont Blanc, which are most often snow capped, a wintry delight to see. This is due to the Alpine climate pattern that defines the weather in Courmayeur Italy, which is a far cry from the Mediterranean climate you will see in much of the rest of the country.

The Alpine climate, or mountain climate as it is sometimes called, that characterizes Courmayeur is defined as existing when in a given location the mean temperatures do not generally rise above 50 degrees Fahrenheit in any of the 12 months. This is essentially how it is in Courmayeur, although there do tend to be warmer temperatures in the summer months. This climate is the reason why there is skiing available year round in Courmayeur, and is one of the reasons for the town developing into such a popular ski resort town.

There is no doubt a separation of seasons in Courmayeur exists, though there really is only two distinctive seasons when it comes to varying temperatures. The warmer months are June, July, August, and September. During these months the temperatures range in the upper 40s to the lower to mid-50s, with temperatures rarely ever reaching much higher than 60 degrees. The colder months consist of October, November, December, January, February, March, and May. During these months temperatures can fall anywhere between 15 degrees Fahrenheit and into the upper 40s, although the wind chills during the coldest of these months can make it feel much colder for sure. During the colder months there is also a considerable amount of snow dumped on Courmayeur as well, but if you are visiting there to begin with then this is probably something that you welcome.

Courmayeur is definitely one of the colder places in Italy to visit, but if you love skiing, or any other type of winter sport or activity for that matter, this is definitely the place you want to be. As long as you prepare for the cold temperatures, there will be much for you to enjoy in the beautiful little Italian alpine village of Courmayeur. 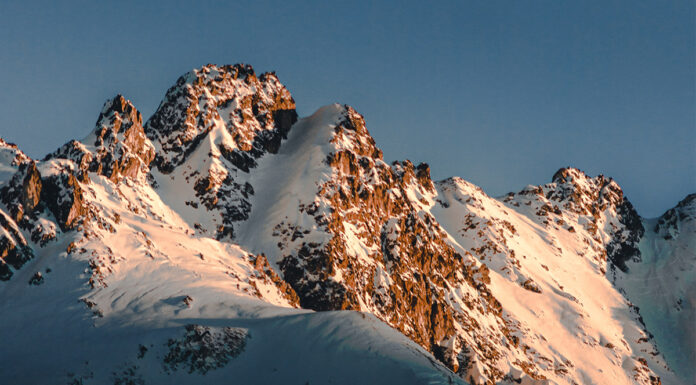